If you are one of the estimated 2.77 billion people on social media, and our headline grabbed your attention,  you might want to close a few apps and pay attention. Facebook, Twitter and Instagram, are great platforms for you (or your business) to share thoughts, opinions and communicate with followers. But, as we’ve seen over the last few years, you simply cannot say whatever you want on social media. Our laws are getting increasingly stricter, and there are things you should never post on social media in South Africa.

We know what you’re thinking! What about freedom of speech and expression? The Constitution certainly protects your rights, but that doesn’t mean you can post everything you want. Not only could hateful, harmful or offensive posts lead to a backlash from followers, your account can also be suspended. There’s also a chance you could face real-life legal consequences, too.

South Africans have to think before posting anything online, or face jail time and hefty fines. If the Cyber Crimes and Cyber Security Bill and Prevention of Combating of Hate Crimes and Hate Speech Bill) are signed into law, it will become a criminal offence to spread harmful or bigoted messages online. 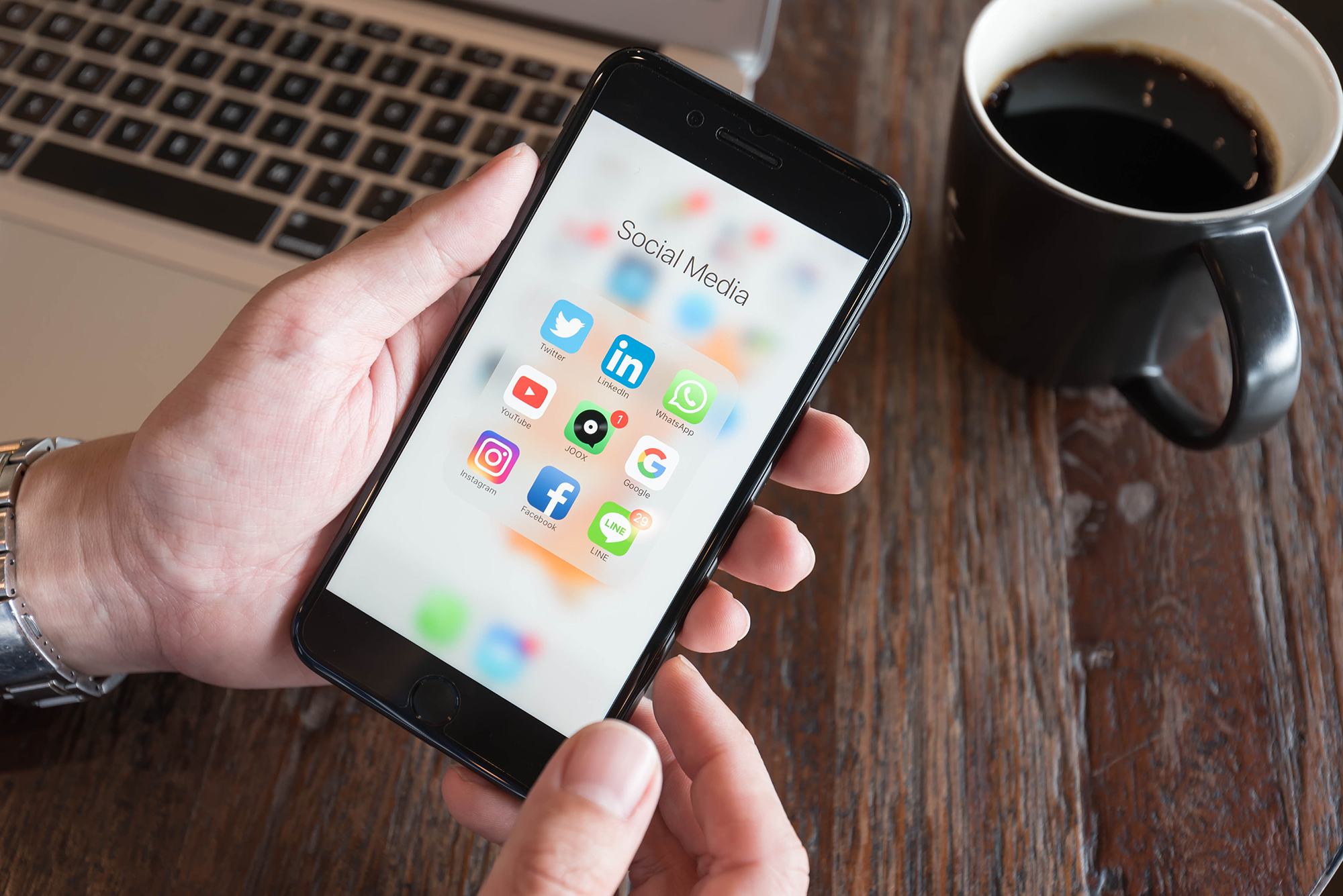 Certain aspects of work life make for the perfect social media post! Whether it’s an inspirational quote for #MondayMotivation or a “groupfie” with colleagues winding down on a Friday afternoon. Though, you can get fired or hit with a lawsuit for saying the wrong thing on social media. Keep in mind that some types of posts can potentially damage your employer’s reputation and break down your relationship. In one case, employees wrote defamatory remarks about their boss to each other on Facebook. And, because their Facebook privacy settings did not restrict access, the comments were open to the public. Subsequently, the employer hit the staff members with a defamation lawsuit.

Read More: Why Employees Need to be Careful on Social Media,

Social networks are flooded with envy-inducing holiday snaps and photos of globetrotter living their best lives. But no South African should ever take a vacation from respecting other citizens’ rights by making offensive and racist statements. You’ve probably heard in the news about businessman Adam Catzavelos who’s facing prosecution (in South African and abroad) for sharing a video where he utters the offensive and racist “K-word” while holidaying on a Greek island. The infamous Penny Sparrow also comes to mind. Sparrow referred to Black beach-goers as “monkeys” in a Facebook post. The Umzinto Equality Court found Sparrow guilty of crimen injuria and ordered her to pay R150 000 to charity. The Bill calls for prison sentences (of up to 3 years, and up to 5 years for repeat offenders) or fines for anyone who commits a verbal or physical attack that is found to be racist or hateful.

Do note: Minors sharing nudes of themselves online could be charged for sharing child pornography in South Africa.

The Cybercrimes Bill also covers any social media posts or digital messages that call for people to damage the personal property belonging to a specific “group of persons”. Basically, that means you cannot target or threaten to harm anyone or their property based on their race, sex or gender. 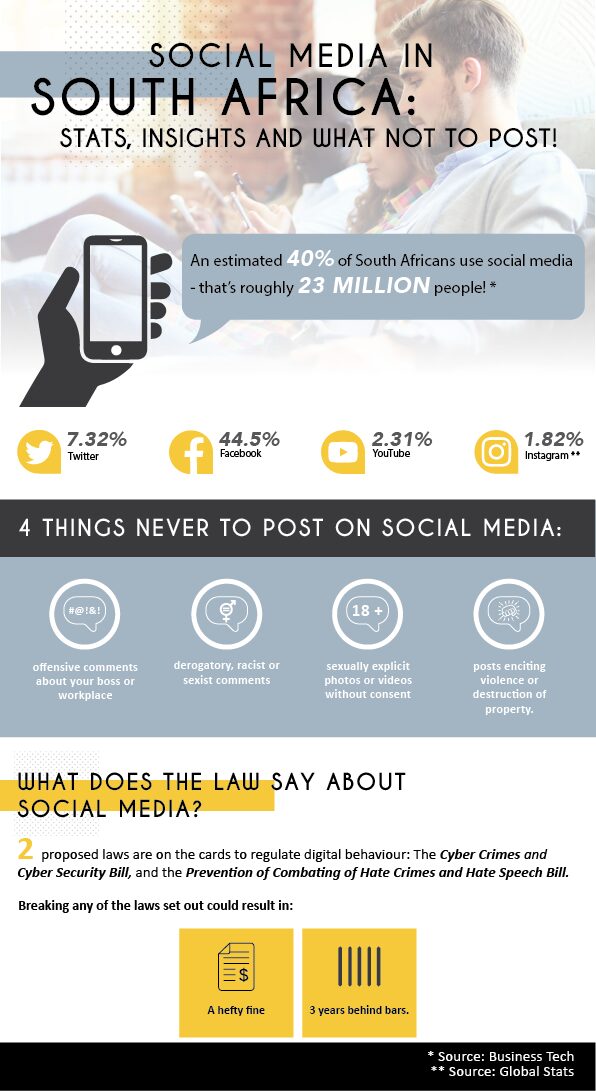 “Make sure that any content you post isn’t offensive or potentially harmful in nature. Also, if you are in a position where you have to curate online content- like an Administrator on a Facebook group- be sure to look out for any inappropriate or offensive posts, or you could also be held liable for what’s shared amongst members, ” emphasises Adv. Jackie Nagtegaal, LAW FOR ALL’s Managing Director.

This really cannot be emphasised enough – you absolutely have to think and rethink before you post anything potentially controversial or explicitly harmful on social media platforms. You simply have to ask yourself if it is worth it. Once you weigh up the pros and cons, you will probably find that keeping some thoughts to yourself is the best option.

We’ve got your back!

LAW FOR ALL’s experienced lawyers can provide legal advice and guidance on various matters. LAW FOR ALL is your friend in the law, so if you are unsure about a social media post, don’t hesitate to reach out to us. Be sure to have a look at LAW FOR ALL’s comprehensive policies. Sign up today!

Why Employees Need to be Careful on Social Media

What Happens to Your Social Media Accounts After You Pass Away?

Social Media Regulation on the Cards for South Africa

The Unexpected Dangers of Parenting in the Digital Age