There’s no denying that braaing in South Africa is a favourite pastime for all citizens, and with the warmer seasons approaching, people across the country will be gathering to fire up the coals, grill some meat and have a merry time.  Of course, not everyone has a sprawling backyard that can accommodate a large group of friends and open fire; many South Africans live in apartment complexes that have their own rules and regulations.  Because of this, we decided to give some legal insight on braaing in a sectional title scheme in South Africa. Along with keeping pets in a sectional title scheme, this remains one of the most contentious issues.

What exactly is a sectional title scheme?

A “sectional title” describes separate ownership of units or sections within a complex or property development. A person who buys property in a sectional title complex purchases a section as well as an undivided share of the common property.

Because people live in very close proximity to each other, there are rules and regulations in place to ensure that no one is unnecessarily inconvenienced or put in harm’s way. Of course, the rules are also implemented to minimise the chances of any kind of damage to the tenants’ property.  Smoke from a balcony, whether the tenants are puffing on cigarettes or having a braai, can cause serious problems and violate regulations. 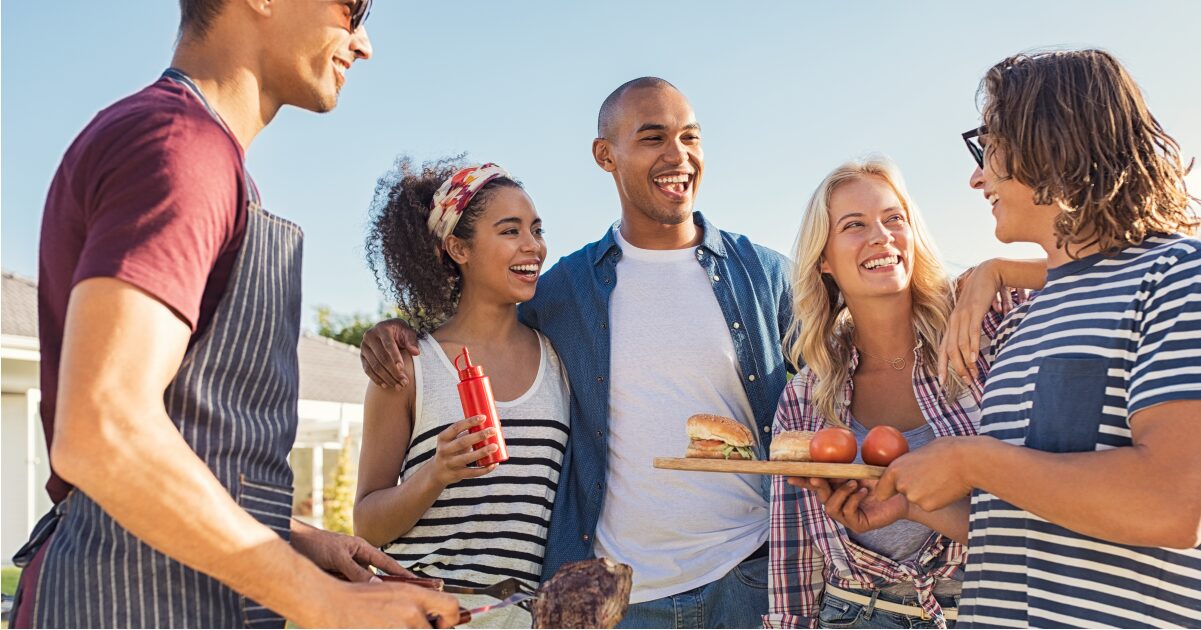 Basically, as The Sectional Titles Schemes Management Act, Rule 30(e), under the part  that deals with the terms and condition of using the sections or common property states: anything causing a “material negative effect” on the value or utility of any other section or exclusive use area is prohibited.  This means that rising smoke can permeate corridors or enter through open windows and cause various issues for neighbours- from smoke damage to their apartment to aggravating or triggering respiratory issues, for example.

“This is why sectional title schemes often ban smoking or braaiing on balconies, not to be unreasonable, but to consider all the occupants within the scheme,” says Michael Bauer, general manager of property management company IHFM, in a Private Property article.

So, can’t I host a braai at my apartment at all?

It’s all about checking up on the actual rules of the complex. Some blocks might allow using a Weber to braai on the balcony or have communal areas, which often have braai areas. In the case of the latter, you will then just have to be mindful of the noise rules and ensure that you do not disturb or inconvenience the other owners or renters.

Lodging a complaint about tenants smoking or braaing on the balcony

Tenants who feels as though their neighbours are smoking excessively or braaing continuously must first approach the trustees or body corporate to resolve the issue.  “Bear in mind,  in assessing a complaint, the trustees will have to consider several factors and weigh in on the “reasonableness” of the situation,” explains Adv. Jackie Nagtegaal, LAW FOR ALL’s Managing Director.  Punishment could range from a warning and a fine to.

If the issue isn’t dealt with to the satisfaction of the complainant, they can then approach the Community Schemes Ombud, who will assess the complaint, investigate if justified and take further action if necessary.  Ideally, you would want the problem to be resolved amicably, but if it gets to the Adjudication stage,  an Adjudicator will consider all the evidence presented and will hand down a determination which is binding on all parties to the dispute. Orders are enforceable in the Magistrate Court or High Court depending on the quantum or nature of the relief granted in the determination.

We’ve got your back!

LAW FOR ALL’s experienced lawyers can provide legal advice and guidance on matters relating to disputes in sectional titles. Be sure to have a look at LAW FOR ALL’s comprehensive policies. Sign up today!

How to Deal with Noisy Neighbours in South Africa

On the Rise: Women Property Owners in South Africa

Receiving a Fine in a Sectional Title Scheme in South Africa

RDP Housing Scams : What to Look Out For

A Basic Guide to Renting a Home in South Africa

The Hidden Costs of Buying a House in South Africa

Knowing Your Rights When Facing an Eviction

The Ultimate Guide to RDP Housing in South Africa

Check In With the Legal Side of Airbnb